Note to Reader: Please join me in Chapters 7 to 20 as we go back in time to read and enjoy the lessons and life story of Alphonso “Sonny Williams” (The previous owner and seller of the little Cape Cod style house on Lebaum Street).

Alphonso “Sonny” Williams saw the light of this world in a small town on Staten Island, New York, on a blustery winter’s morn in 1930. His mother used to tease him how his infant’s squeal matched the howl of the raw Atlantic winter wind that swept across Staten Island that day, churning the icy, grey waters of the Hudson River. Thick mists had wreathed the Outerbridge Crossing and Goethals Bridge connecting Staten Island with the mainland since 1928. As a little boy, Sonny remembers the Hudson River under more benign weather conditions, a calm, blue-grey stretch of water under sunny New York summer skies. Hazy memories of childhood include watching the orange and blue boats of the Staten Island Ferry fleet skim the waters, carrying thousands of people to and from the mainland while the awe-inspiring Manhattan skyline filled him with a desire to reach beyond his own little world. 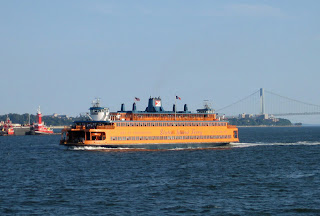 On some nice weekends when the raspy wind wasn’t blowing harsh and rude across the faces and sunlight shone warm and radiant all over the body, Sonny’s mother, Sarah, would feel the urge to board the five-mile journey across the Hudson, scrounging the nickel-ferry fare for the two of them, so that they could wander and explore all around the dense city metropolis of lower Manhattan.

On one extended, summer weekend, when the sun sweltered and stayed, Sarah and Sonny caught the subway to Coney Island. She had never seen bikini-clad girls and muscle men in shorts walking and talking along a busy broadwalk. She had never buried her feet on a sandy beach, one that seemed to go on long and forever and wrapped in the ubiquitous warmth of the New York sunlight.

With an emphasis on typography, white space, and mobile-optimized design, your website will look absolutely breathtaking.

Our team will teach you the art of writing audience-focused content that will help you achieve the success you truly deserve.

We help creative entrepreneurs build their digital business by focusing on three key elements of a successful online platform.